Despite the health potential of nondual meditation, this is the area of contemplative science that we know the least about.

What is nondual meditation?

Although explanations of nondual meditation are often complex, the broad concept is accessible to all of us because we think in the dual and nondual all the time. The human brain has structures that emphasise both the relationship and separation of people and concepts.  So, for example, when you decide to recycle your bottles, you may be thinking about just yourself, or your family, the community or perhaps even the whole world. The focus only on yourself is an example of dualistic thought, but to consider the needs of others and the environment is nondual thinking.  Humans fluctuate between the dual and nondual all of the time; we all carry the potential for greater or lesser nondual thinking. Some forms of meditation can teach us to recognise nondual thoughts and use nonduality systematically. We call the ability to recognise the difference between our dual and nondual thoughts nondual awareness (NDA). Although many meditators claim to have NDA, it is relatively rare and can be simple to spot in a meditation teacher when you know what to look for. With training, NDA gives way to the nondual view (NDV), a more permanent condition where nondual cognitive processes become established as mental states.

Is nonduality good for health?

NDA and the NDV are under-researched in the West, but extensive work has been done in Buddhist spiritual traditions to study, document and explain nondual cognitive processes. However, science indicates abnormal levels of dualistic thinking are likely to be linked to many health problems. Put simply, if your only concern is for yourself and your short term needs, this can give rise to several physical and mental health problems. It will impact how you relate to people and society more generally. We associate NDA with a balanced outlook on life, where the wellbeing of self and others are equally important. Some anecdotal evidence supports the theory that nondual meditators live longer, happier lives.

How does it work?

From a scientific perspective, we know that there are brain networks that regulate our interaction with others. It seems highly likely that we humans have developed to care both for ourselves and those around us. Society would not function without significant levels of cooperation between individuals. The phenomenon of super-rich individuals uncaring for the needs of those around them is, in terms of human evolution, a relatively recent phenomenon. Attending to those brain networks that allow us to care for ourselves and others may represent the ‘natural state’ of being human, and one where we can be happiest and healthiest.

How to find out more

This explanation is only the briefest introduction and hasn’t dealt with key concepts such as integrating the dual and nondual and the correlations between brain networks. Modern psychological research barely recognises NDA and although all Buddhist meditation is either implicitly or explicitly nondual, we have few scientific studies on which to consider these states. Many spiritual texts (perhaps thousands), particularly in the Mahayana, Dzogchen and Mahamudra schools of Buddhism, offer explanations about NDA. But most traditional roads to NDA begin with compassion training.

Neuropsychologist researching what happens when a spiritual practice (meditation) is translated to a psychological intervention; what is lost and what is gained from the curative potential? A PhD candidate writing the scientific history mindfulness. Also researching how compassion and explicitly nondual meditation methods influence our physical and mental health. Stephen has decades of personal practice in spiritual and secular forms of meditation, he has also been trained in the Himalayan Science of Mind and Perception (Tsema). Alongside the teaching and research of nondual methods, Stephen trains his own brain every day with Dzogchen practices. View all posts by Stephen

Nondual compassion meditation from a neuropsychologist 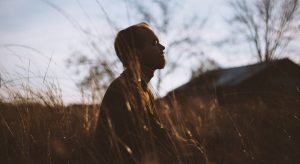 Receive the latest news from the science of meditaton and mindfulness here.

On Mind and Matter

Musings on Consciousness, Neuroscience and Philosophy